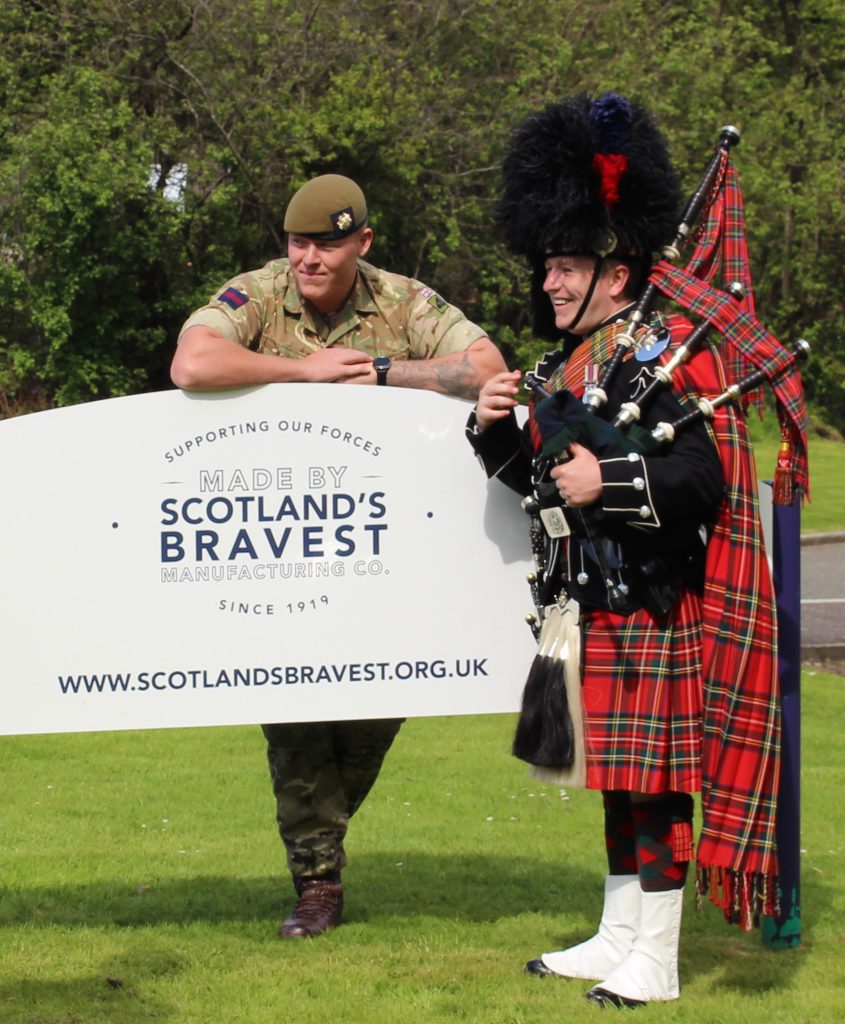 Four Scottish veterans are to be provided with meaningful employment thanks to a donation from the Armed Forces Covenant Fund Trust.

Scotland’s Bravest Manufacturing Company was established to offer flexible working opportunities to the country’s veterans – particularly those whom face challenges due to physical or hidden disabilities – in order to provide them with the experience needed to succeed in the civilian workforce.

This latest donation of almost £20,000 from the Covenant Fund Trust’s local grants programme will now see four of the country’s most vulnerable veterans able to take advantage of the opportunities available at SBMC. Through the factory, veterans can gain new skills with a bespoke training programme in a supportive environment before, ultimately, moving into full-time independent work in the future.

Michelle Ferguson, Director of SBMC, said: “Scotland’s Bravest Manufacturing Company was established for one simple reason: to offer greater opportunities to those individuals who have dedicated the early part of their lives to the Armed Forces.

“The vast majority of veterans have an easy transition and are able to move into the civilian workforce relatively smoothly. However, for too many, they face great challenges – and that’s who we’re here for.

“What we are able to do at Scotland’s Bravest is recognise the incredible, transferable skills of veterans which they have developed during their service careers, help them learn new skills and go to have successful second careers.

“We are incredibly thankful to the Armed Forces Covenant Fund Trust for allowing us to further our aim in helping to improve the lives of those who need it most.”

William Murray served with the Royal Corps of Signals for 13 years, finishing his service career in 2004. Although not medically discharged, William faces physical challenges which he puts down to general wear and tear, in part brought about from his years in the Forces. He suffers with arthritis in his knees, lower back pain and has recently had an aluminium plate removed from his left leg.

Eager to move back into employment, since joining SBMC, William has been trained on the factory’s state-of-the-art waterjet cutter which sees the veterans able to produce highly sought after manufacturing projects for a number of different industries.

William said: “My life has changed since joining Scotland’s Bravest Manufacturing Company – I don’t know where I’d be without them.”