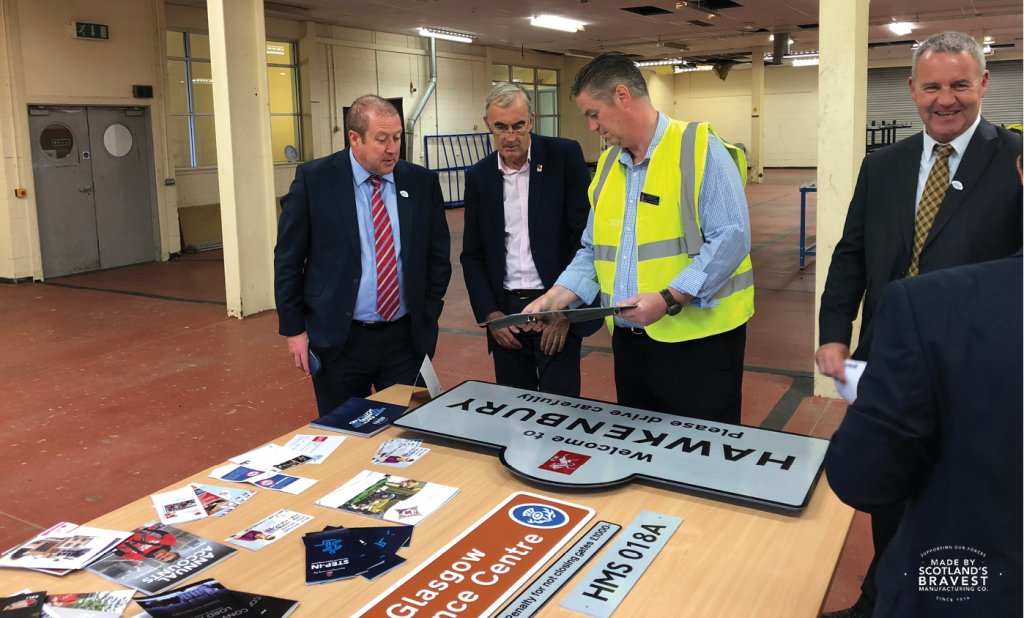 Scotland's Bravest Manufacturing Company has been placed at the heart of the Government's procurement choice after being included in its national business framework.

Under the Government’s Supported Business Framework, the factory will be amongst the primary choices for signage from within the public sector.

Veterans Minister Graeme Dey, who visited Renfrewshire-based SBMC in August in his first official visit to a service charity, hailed the enterprise’s inclusion in the framework.

This latest announcement comes after SBMC was included in the Scotland Excel Framework last week, which places it amongst the primary potential businesses to be used by Scotland’s local authorities.

Mr Dey said: “Having seen at first hand the great work that the Scottish Bravest Manufacturing Company are doing to help support injured veterans, I was delighted to learn of their success on the recently announced Supported Business Framework and Scotland Excel Signage Framework.

“Supported businesses make an important contribution to the Scottish economy.  Not only through the goods and services they deliver, but also by providing meaningful employment, training and social support for those who may otherwise be excluded from the workplace.”

SBMC director Michelle Ferguson said: “The Scottish government has a clear and fervent passion for seeing supported business succeed and go on to make a significant difference to the lives they are dedicated to supporting.

“We are immensely pleased to have been included in the government’s framework for supported businesses. Their support, which we have received at all levels, has formed a real basis for SBMC moving forward and for the future success of our inured veterans who, we know, with our support can go on to achieve truly amazing things.”